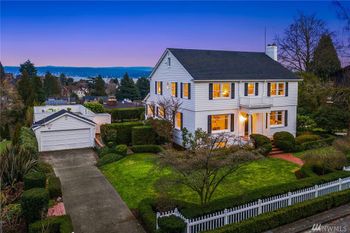 Explore homes by type and style in Greater Seattle, WA

What are common features of Georgian homes?

Georgian style architecture was designed by the third Earl of Burlington, who drew inspiration from the attempts by 16th-century Italian architects to recreate the kind of villas found in ancient Rome.
It arrived in America via British architectural building manuals (pattern books) around 1700. While the Georgian style was popular in England in the 17th and 18th centuries, it is based on the classical forms of the earlier Italian Renaissance period.

How many Georgian Houses for Sale in Greater Seattle, WA?

There are 1 Georgian Houses in Greater Seattle, WA currently.